When Baylee was in Kindergarten, Aaron and Brianne were left to figure out how to break the news to Baylee that she would look different from her friends, much different. This was so challenging because she had never even heard of cancer. Dealing with the chemo was hard enough; but the idea that Baylee’s identifying features would change drastically was something we couldn’t even fathom.

Brianne decided to take a fairytale approach to explain to five-year-old, Baylee, and three-year-old sister, Peyton,  that she might look different, but she was still beautiful. Even Baylee’s ideas are sprinkled throughout The Beautiful Bald Princess. Baylee believed the Hair Fairy would come and collect her falling hair much like the tooth fairy collects teeth. Notes of encouragement and pictures were shared back and forth between them. This brought joy to The Bannings and the drive to share hope with others in the same situation. 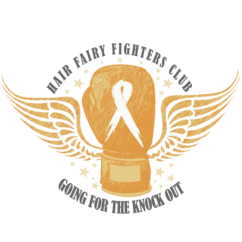 Baylee's First Battle:
In October of 2007, Baylee was diagnosed with Neuroblastoma, stage-four cancer. The first CT scan revealed over seven tumors throughout her little six-month-old body. In four months’ time, Baylee went through five rounds of chemotherapy, each round consisting of three days of constant toxic medicine. The second CT scan proved a miracle. There was only 1 small tumor left; the others were gone! In February, the surgeon removed her last tumor, and she was cancer free. However, her battle was not yet over. Baylee spent eight weeks in Ft. Worth, Texas,  receiving one last round of chemotherapy followed by a stem cell transplant. She celebrated her very first birthday quarantined in the hospital over 350 miles away from home. Once back in Kansas, she finished her treatment with two weeks of radiation.

Baylee's Second Battle:
In August of 2012, at age 5, Baylee’s stomach was hurting, causing her nauseating pain. A scan found a tumor on her left ovary. It was not Neuroblastoma; this time she was diagnosed with Wilms stage two. The tumor was removed and Baylee was cancer free for a second time. Over the next seven months, she received fifteen rounds of two-hour chemotherapy for precaution.

We are a non-profit 501(c)3 organization that began with a mom who wanted to share the drop of  hope The Hair Fairy brought her family during an empty time.

Aaron and Brianne Banning were given devastating news when their first born, Baylee, was diagnosed with cancer.  "'Your child has cancer.' are the worst four words a parent can hear." Brianne says, "and we heard it twice." By the time Baylee was 5 years old she had beaten cancer twice. 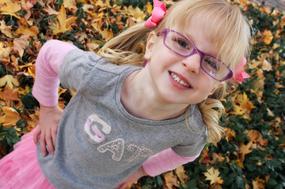